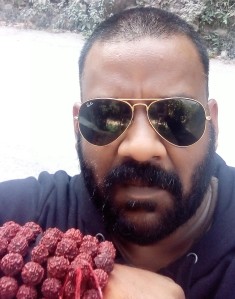 I fell for reading philosophy very early in life, If I remember correctly when I was 12 or 13. A book which somebody gifted my granddad and since the title said something about Gurus, I happened to decide somehow ( I don’t know maybe it was the blue cover on the book or something else which attracted me) to glance at the first page which led me to the second and before I knew it I was hooked. It was not a very complicated proposition, a simply put book with lots of quotes and some cool logic, with which it tried to explain the need of a Guru. I later mentioned to my granddad about me reading the book and he asked me a few questions about the book to make sure I was not fooling around and when he was convinced I did read the book, I could sense he became a little amused and surprised that I could comprehend the matter discussed. He must have told during some family sitting all my uncles and aunts and my parents, because then I started getting a lot of books as gifts, and close family started to treat me with a little more ( how do you put it, like I was some strange young mature boy). Well I enjoyed the attention and found it cool.

As I grew in life I could sense this love for books philosophical was there to stay. As I grew I read a lot of Osho and Krishnamurthy and later Francis Bacon and other Big and small names. But to confess somehow I had hit a wall. Osho I could understand and Krishnamurthy too but most others I just could not comprehend. I just could not make head and tail of what they were saying. I decided to be a little organised and categorised my quest into Eastern philosophy and Western Philosophy and further in Ancient Medieval and Modern. I organised my book shelf in the same manner and planned my reading in a fashion that I will pick up book each from both shelves and give an hour to each every day.{ I could not get a formal education in the subject since I had planned to finish college and join the Army, which I did. (I carried my books on all tour of duties and read where ever I could).}

I tried making sense out of existential philosophers like Jean Paul Sartre, Martin Heidegger. To tell you the truth I lumbered “Being and Nothingness” by Jean Paul Sartre for a long time wrestling with the content but mostly it was just dead weight to me.

I also had this strange habit of visiting most religious places, talking to all kinds of ascetics and Monks and Sadhus and Babas and Aghoris, and priests. To understand practices and cultural beliefs and question everything. But my wall just would not fall.

Well the easiest thing to do is formally get an education, to sit in a lecture hall and sit and listen to a professor who may lead and guide and bring my wall down. Which circumstantially I was not inclined to do. I also would not concede to the fact that my love for the subject is ill placed. So I read on even when I could not understand.

However several years back as a young Captain, commanding a Company, I had just returned back from an all-night operation we had launched, and after debriefing the company I was sitting in the early morning hours on a small machaan ( sort of a platform in the trees I had got made for myself ) sipping tea, and looking at the jungle beyond. It was all strangely calm, after an all-night downpour which left us soaking wet. (I had still not changed). Somehow I remembered a paragraph of Sartre’s  “Being and Nothingness” and I could understand everything in the most Lucid manner. I asked the boy serving me tea to fetch me the book and I tried reading another paragraph and I could understand that too, too tired to continue I changed and went to catch up some sleep.

Later that evening I realised what had happened, in that moment of tired , sleepy, almost slumber state I had for some time let go of my preconceived prejudiced conditioned mind. And in that brief moment when I could see the book and decipher it as it was and I could understand. In that brief moment I just became a witness, of myself and the witness has almost superhuman possibilities.

You see I had just been introduced to myself, and I was pleased with whom I met. The witness was me. As soon I understood that there is a distance between whom I think I am and who the witness is, I could sense that there is more to me than just the me I thought I was. It’s difficult to put it into words.

The walls are gone now, and I am so lucid, for in me is the light and the light has no shadow.

20 thoughts on “The Light has no Shadow.”

Speak and share for we have to walk. Sharing with my fellow travelers the words of Friedrich Nietzsche. "Free, dost thou call thyself? Thy ruling thought would I hear of, and not that thou hast escaped from a yoke. Art thou one entitled to escape from a yoke? Many a one hath cast away his final worth when he hath cast away his servitude. Free from what? What doth that matter to Zarathustra! Clearly, however, shall thine eye show unto me: free for what?
Follow ART JOURNAL OF ALEXIUS R on WordPress.com